No one, including your boss, should hinder you from doing your job, and if agreeing with the supervisor because of the title hinders you, you owe it to yourself to speak up. CEOs tell me:

“I want people to pick a fight with me,… but not to ad nauseam… Still, they can disagree pretty vigorously.”

“Argue with me? Absolutely. I try to encourage it. I’m a very direct person, and I don’t like people sitting back quietly. I’d always rather hear what is on people’s mind. No good comes from quiet disagreement. The most valuable people on my team are willing to disagree with me.”

“If you have the courage to say ‘no’ versus ‘yes,’ it gets you promoted.”

“If I give my opinion and all four people in the room say it’s a good thought, I don’t need those four people. I want them to give me their ideas, not mine. It’s a dangerous situation if I hear the same thing without dispute from my people.”

“I have an employee whom all the executives label a miscreant. We battle on everything. One of my officers asked, ‘Why do you put up with him?’ I said, ‘He’s the only one who tells me I’m wrong, and sometimes he’s right.’”

Debra Benton is co-author with Kylie Wright-Ford of The Leadership Mind Switch (McGraw-Hill, 2017) 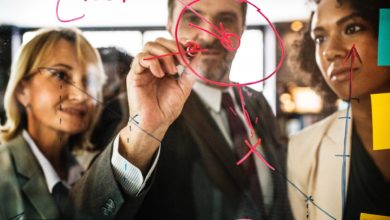