First, remember that an interview is a work-related competition. The same competition onstage for the theater is called audition. People compete throughout their lifetimes. They compete for resources, such as money, time, awards, rewards, and honor. So let’s focus on the interview competition, in which several preselected candidates compete for only one job opening. The question to ask is, What does it take to win? In that work-related competition, the interviewer or hiring manager is the decision maker, and in the mind of that hiring manager are four notions that the right candidate will fulfill.

I understand what you say

I trust and believe you

The interviewer knows that candidates’ intentions are to sell themselves, so therefore there’s a natural resistance factor between the two parties. Trust is a major part of the hiring process. On one hand, if the interviewer does not believe what the candidate is saying, trust will not develop between them. To be credible, the interviewer has to be specific, should quantify when possible, should give examples from the past, and, most important, bring in a third party to verify and attest to those truths. On the other hand, the candidate, too, must be specific, quantify, and give examples.

This is music to every candidate’s ear. This is what candidates want to hear, but the words don’t come automatically. After all, this is a competition for one single job. So, here’s where the challenge comes in: The interviewer has a need that must be met. But this is the moment when the candidate has to differentiate from other competitors for the role by converting the interviewer’s need into a want. This is when the art of interviewing is playing a pivotal role. This is when one has to go beyond the facts and into being attractive as an employee. This hinges more on emotions than on logic. The interviewer has to imagine that the candidate is already a part of the company’s group and is receiving positive comments by all those affected.

You possess knowledge or qualities I can’t find anywhere else

Here’s where the toughest part of the competition creeps in. The hiring manager has choices and is going to choose the candidate who has unique knowledge, pertinent experiences, or specific qualities the company needs. Blending into the crowd is not the answer. The interviewer is looking for something to be able to sell about you to others—like the boss or your future team. So, what’s unique about you, and can you accentuate it in the interview? Great! You’re hired.

Announcing Brandfolder Advanced Video (and What it Means for You)

Beer Me That eBook! How to Set Your Brewery Apart in a Saturated Market 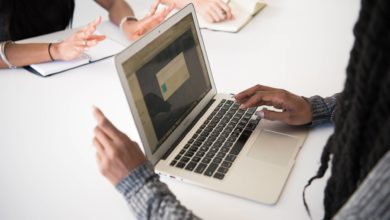