It’s the end of the year and for some companies it’s hiring season.

Both the smart companies and smart candidates use this time to put their best efforts forward in what is often a role and talent rich environment. If you are ready to make a change. This is a great time of year to make that happen.

As I wrote about in Job Hunting Through The Holidays.

Pro Tip: These points apply to all times of the year.

Consider these as you go through the interview process which often includes a lot of back-and-forth especially these days with a lot of email, text messages, and perhaps some back channel messaging on social media too.

I mention these not because I’m recommending you bail on an opportunity. Rather, it’s exactly the opposite. I am suggesting that you take a look at these points before you say yes and before you sign on the dotted line.

Take these candidates seriously and think about how everyone within your organization addresses The Three Things.

Request for Your Thoughts – What best (or worst) practice have you seen from both sides of the hiring process?

Applying for roles is a little bit like dating

What should be happening is that the recruiters, the hiring managers and in theory everyone else within the organization that has a vested interest in the overall success of the business should be on their best behavior. (note: which should be everyone!)

For Candidates: This means you should be seeing the best of what they can offer.

If the best they can offer you during the recruiting process is carefully considered and you decide that that’s not really the work environment you want to be in then now is the time to voice your concerns and perhaps NOT say yes and perhaps NOT signed on the dotted line.

As Tom Peters has often said “you can expect what you inspect” the same is true for the hiring process.

If it doesn’t feel right. It’s probably not. Better to make the hard decision now.

I hope The Three Things can help you decide where you might want to work next. I’d like to hear your thoughts. 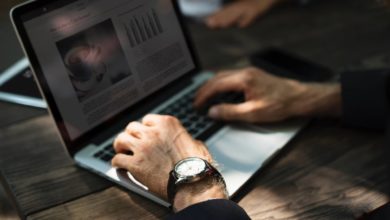