Condoms make most people blush, and it’s always a challenge to brand a product that people shy away from. Sir Richard’s Condom Company is facing this challenge head-on, and they’re winning. Their colorful plaid packaging stands out in the aisles of Whole Foods, Kroger, and The Vitamin Shoppe, and they’ve done a noteworthy job of creating a condom people are proud to use. But their hip brand is more than just a flashy package – their condoms are all natural (certified vegan) and they’ve donated more than 3 million condoms to communities in need.

Brandfolder got the chance to talk with the CEO of Sir Richard’s, Tracey Forster, and the company’s COO, Andrew Kresge, about their commitment to changing the condom conversation and how it has influenced their marketing strategy. 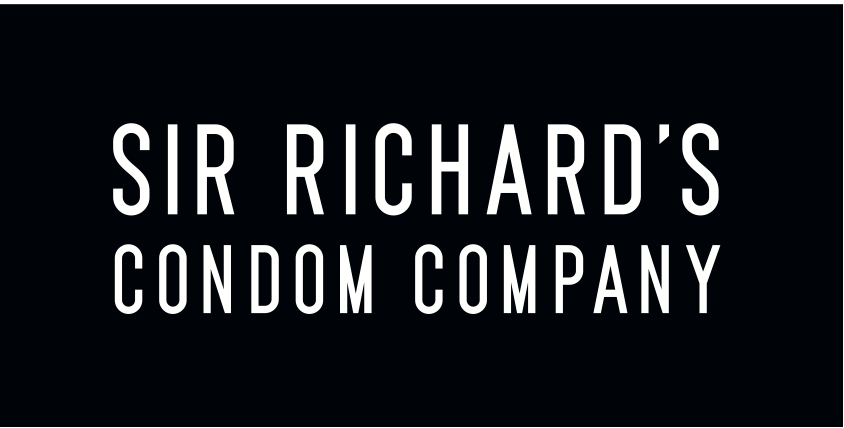 Naming a condom company is always an interesting challenge. Tell us about the name “Sir Richard’s.” Where does it come from?

Andrew: The company’s name comes from the French explorer named Sir Richard Francis Burton who took the Kama Sutra back from India and translated it into English. Most people don’t make the connection – they usually ask whether we’re associated with the Virgin Mobile founder, but there’s no connection to him. And “Sir” denotes being knighted and the knighthood. The founders used this concept/language to instill chivalry, hope, and integrity into the brand.

You chose to exclusively use all-natural ingredients. How does your brand messaging and package design reflect that product decision and help you stand out from competitors?

Tracey: We updated our packaging in 2014 to explicitly call out our natural benefits. Across the center of the packaging, we’ve added a band, which highlights that there are no parabens, spermicide or glycerin. But we didn’t want our packaging to look too medicinal or pharmaceutical, we want it to be stylish and fashion forward, like our customers/fans. 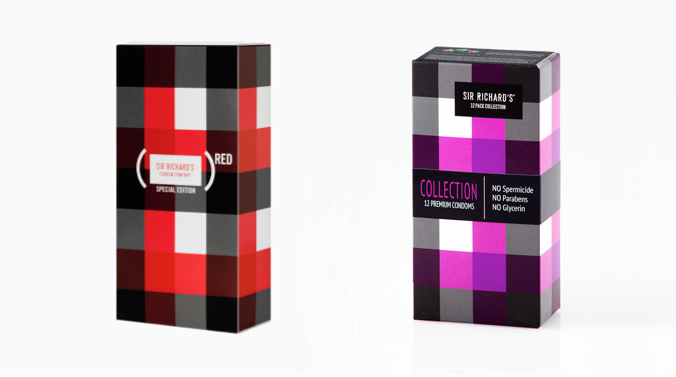 Your site copy and marketing campaigns such as “I would never put ___ in my vagina” are edgy and playful. What made you take that approach?

Andrew: One of our founders, Matthew Gerson, was interested in creating an easy, fun and open conversation around sex. He wanted it to appeal to all sexual genders and orientations while being honest about the idea that the condom itself won’t make your experience better—it’s all about the people you’re sharing it with.

Tracey: We use a cheeky tone. You have to appeal to your audience when you’re selling condoms and in our case, our audience is having sex. So we want to talk about sex in a way that isn’t crude or negative but will still allow us to have a good time with our fans. 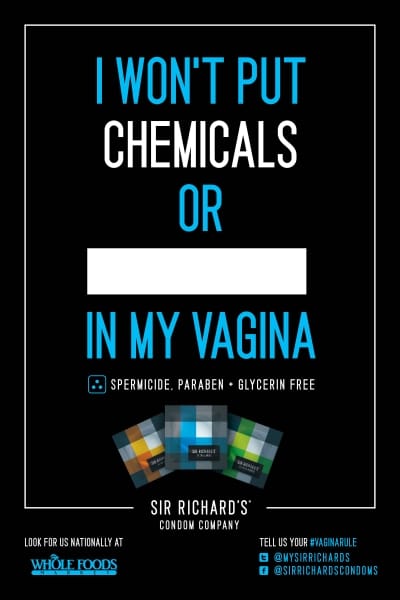 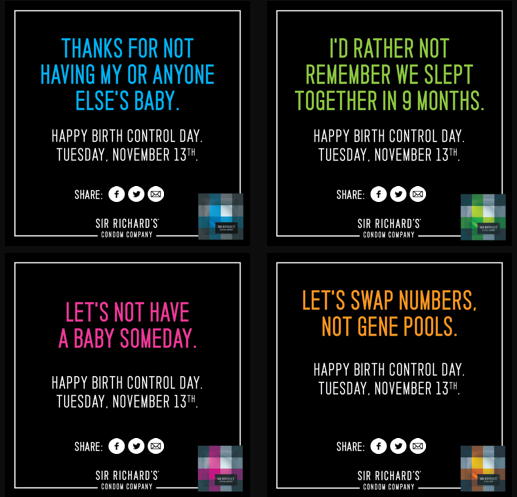 Sir Richard’s made the conscious choice to focus on donating condoms to people and places that don’t have enough of them. Tell us about your “doing good never felt better” slogan.

Tracey: For every condom we sell, we donate one to a community in need. By the end of this January 2015, we will have donated over 3 million condoms. Initially, we began with a partnership with Partners in Health so we could donate condoms to Haiti, but in 2014, we started donating condoms domestically as well. We also began a partnership with (RED) last year, where a portion of sales from all of Sir Richard’s (RED) products goes to The Global Fund to fight AIDS. It’s a great partnership and we love being the only condom brand affiliated with (RED). So, that’s where our tagline “doing good never felt better” comes from. We hold this philosophy near and dear to us. 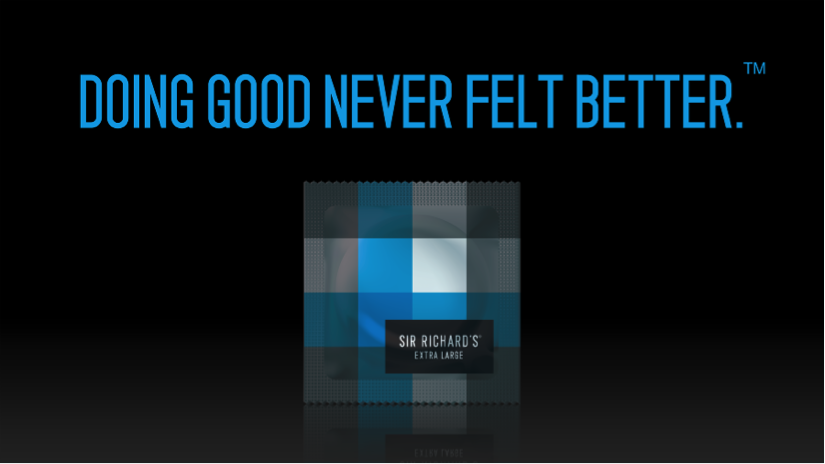 Sir Richard’s has a branded bus named Lucy, which travels the country to spread the word about socially-conscious sex. That’s basically making a private act very public. Could you explain the motivation behind Lucy?

Tracey: When the brand was founded (2009), there was a stigma about purchasing condoms. And, to this day, in some areas there still is. The fact is condoms are FDA-approved medical devices that can save people’s lives. We believe in being sex positive —you shouldn’t be ashamed of buying something that will protect you and your partner. When people buy Sir Richard’s condoms, they’re buying into the Sir Richard’s lifestyle. So whenever a customer reaches out to us and says, “I just love your company and the “buy one, give one” program” or “I’m really glad you guys exist,” it makes us proud to be doing what we’re doing.

Andrew: Lucy was Matthew Gerson’s idea. He knew that getting people to talk about sex would require something that distracted them from thinking about talking about sex, to just doing it. Lucy, and quite frankly the plaid packaging, successfully accomplished this goal. Lucy was the cute, approachable, barrier-breaking mascot that would pull into town and make people laugh while at the same time educating them about Sir Richard’s.

Shawn Achor: Whey We Should Take Others On Our Journey To Success - Personal Branding Blog