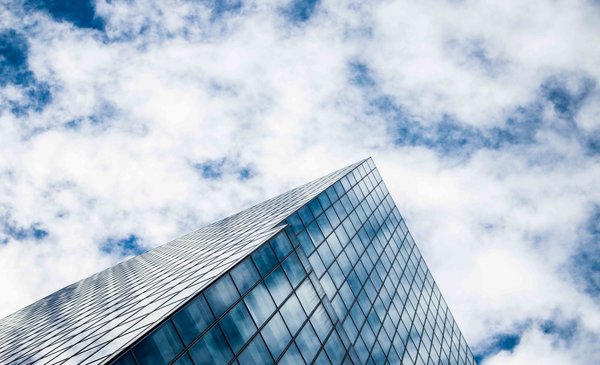 These metrics are useful to track operational performance in the near term. But no one talked about the strategic, long-term influence of thought leadership on their company’s financial performance. Hence, this article is for the leaders of management consulting firms making strategic decisions about marketing.

A firm’s brand is what draws business and justifies higher margins, especially in a downturn. Clients who take chances hiring firms they don’t know when the economy is growing will more often hire the safe, secure and reputed leader during a downturn because they can justify to their board and stakeholders that they hired the best. I assumed this was common knowledge, but perhaps the past decade of economic growth has led to many leaders at major consulting firms without the experience of leading their firms through a downturn. With this in mind, it’s worth reviewing the data over the past decade.

The first thing to keep in mind is that a management consulting firm’s value is exceptionally tied to its brand and reputation. This shouldn’t be surprising. Most executives know that intangible assets comprise 84% of the value of companies on the S&P 500. Therefore, management consulting firm leaders know that their intangible value is a much greater percentage of their value because they don’t have many assets. They lease office space, laptops and most of their IT. We saw with Arthur Anderson in 2001, that all value can vanish practically overnight.

Management consulting firms are extremely competitive. They spend a lot of time tracking each other and trying to out-compete their competitors. I became Deloitte’s first Director of Competitive Intelligence (CI) in 2006, which allowed me to work closely with leaders across the firm to understand their key intelligence topics and their top priority was always to understand how they were performing against their competition. The most popular reports by the CI team always involved comparing the financial performance of their top competitors. These reports would spark endless debates as to which service deserved the most credit for current success and which service would drive the firm’s future growth. Most of these executive discussions focused on drivers of near-term growth, but the annual board retreats were when our team would conduct long-term analysis of the industry and present findings about what was really driving growth in the industry.

The Drivers Of Growth

Our research showed the overwhelming driver of growth for the industry is the economy. That probably doesn’t surprise people outside of the industry, but it’s unsettling for most of these highly competitive consulting leaders to learn that no matter how brilliant they were or how hard they worked, the most influential factor impacting their growth was the economy.

The second highest correlated factor to revenue and margin growth was the firm’s brand value, which was heavily influenced by its thought leadership. Deloitte conducts a Brand Perception Survey every other year with more than 1,000 client executives to measure its brand value. If you track brand value in the Brandirectory published annually by Brand Finance, you know that Deloitte improved its overall brand ranking among all firms from #117 in 2011 to #46 in 2019, and became the #1 Commercial Services Brand in the world in 2019. This success was accomplished with considerable collaboration between the Brand, Marketing and Insights teams.

Our analysis quantified that thought leadership is one of the critical factors shaping impressions of Deloitte’s brand reputation, especially in Strategy Consulting and Tax services. Moreover, we learned that thought leadership was the most significant influencer of perceptions about Deloitte’s innovative capabilities, improving the perception of Deloitte’s strategy practice to being equally innovative and insightful as #1 McKinsey in the last client survey from being ranked below the average of its top competitors in 2009. Thought leadership was also recognized as the deciding factor ranking Deloitte’s Tax brand #1 ahead of its Big Four competitors.

Brand is much more than thought leadership. Brand’s value results from the effective collaboration between all areas of the business. But clients and brand value methodologies prove that thought leadership is the single biggest contributor to a firm’s ranking, contributing 35%-40% of the value in most brand ranking methodologies. Looking at the correlation between Deloitte’s brand value rankings and its thought leadership rankings, published in the Source Global Research White Space reports twice each year, you’ll see the direct correlation. When I moved into Deloitte’s Insights team in 2012, the quality of the firm’s thought leadership in management consulting was ranked #18 and within two years we improved to #2, holding one of the top two rankings for five consecutive years. Moving a firm’s brand and reputation takes time, but we did it fast and Deloitte has benefited greatly.

This brings me to connecting brand and thought leadership to a firm’s financial performance, which is what each management consulting firm’s leadership really wants to know. Managing partners who seek to streamline costs, especially during downturns, will acknowledge that thought leadership adds value by promoting their firm’s expertise, but they often cut their budgets because they don’t have an ROI calculation justifying each near-term marketing expense. They can’t calculate it the way they can for each sales executive. Many managing partners who lead brand and marketing also view their jobs as being analogous to steering an aircraft carrier in which it takes a long time for their decisions to impact the direction of the firm. They aren’t wrong, but most of them underestimate the impact their decisions have on their firm’s future financial performance.

Over the same time frame, the correlation between Deloitte’s brand ranking and its revenue is 0.87. To put that into money terms, Deloitte’s management consulting revenue was the largest of the top 10 consulting firms in 2011 and it still grew 81.6% by 2019, which is faster than the 74.8% average of the other top 10 consulting firms and the second fastest of the top 10 firms over that time frame.

I won’t spend this entire article providing the high correlations between brand, thought leadership and financials, but I am going to point out one more metric to those Big Four partners reading this article because I know it’s one of the metrics that keeps them up at night. The correlation between the brand ranking and revenue per partner from 2011 to 2019 is 0.67. Over that time frame, the other Big Four (PwC, EY, and KPMG) have barely kept their thought leadership rankings within the top 10 and they really have not improved. The revenue per partner over that time frame at KPMG increased by about $225,215, and it decreased by $94,999 at EY and $163,220 at PwC. In comparison, Deloitte’s revenue per partner over that time frame increased by $401,663 and Deloitte was the only firm Big Four firm generating more than $4 million per partner.

This research can be applied to all of the major consulting firms, but it would turn this article into a book. But one example worth calling out that underlines my findings exceptionally well is CapGemini. Most people in the US forgot about France-based CapGemini after they acquired EY’s consulting practice in 2002. Right after the acquisition, Cap Gemini put most of its attention into its IT and outsourcing services, focusing heavily on the European market. Then around 2014, they increased their emphasis on their management consulting services and improved their thought leadership rankings from never being in the top 10 to ‘knocking on the door’ of the top 5 firms for several years. Then in 2018, they took the #1 ranking and have held it the last two years. Over these last two years at #1, their management consulting revenue grew 83.4% compared to the average of 35.8% of the top 10 firms. The correlation between revenue and their thought leadership ranking is 0.966.

Now I fully expect many people, especially my data scientist friends, to contact me to reinforce the point that correlation is not necessarily causation. There are many factors worth considering and the correlations vary from firm-to-firm. I fully acknowledge that fact and encourage each management consulting executive team to use this data to explore the impact of brand and thought leadership on their firm before they make cuts to their marketing teams. Other factors, such as major acquisitions, will impact correlations and require analysts to make adjustments to their calculations. But years of data is hard to deny the very strong connection between a firm’s thought leadership with their brand and their financial performance. They go hand-in-hand.

Before I end, I want to share a few qualitative considerations for managing partners when considering this and their own data. First, the impact of thought leadership on management consulting firms’ revenue is significantly higher for the top ranked firms. The correlations of firms with thought leadership ranked lower than #11 is consistent, but not as high. It’s the top ranked firms that benefit the most. Firms ranked in the top 10, especially the top 3, benefit much more financially because they’re clear leaders. Many clients automatically include the top ranked consulting firms on projects when they send out proposals. At Deloitte, we experienced a surge in offers to be included on the Master Services Agreements (MSA) of Fortune 1000 companies between 2015-2018 after we ranked #1 and stayed at the top of the rankings. F1000 procurement departments limit how many consulting firms to which they offer an MSA and many reevaluate firms annually by using thought leadership rankings as one of their qualifiers.

Finally, my data analysis covers the economic growth stretch from 2011-2019. Economic downturns strain the consulting industry immensely and it’s natural for managing partners to look for cuts. The major management consulting firms generate billions in revenue every year without many tangible assets. They lease their office space, laptops, and almost everything else. They say their people are their “assets,” but people are also their biggest expense. Before cutting your marketing people because you see them as “cost centers” and your accountants can’t calculate their ROI down to a decimal point, consider the implications that cuts will have on your brand long-term and its corollary impact on revenue and margins beyond this fiscal year.

Instead, think of this downturn as the right time to transform for thought leadership. Evaluate your current structure and put in place a program to enhance the quality of your thought leadership to come out of this unprecedented recession leading the industry into the next economic growth cycle.

FREE Publications And Resources For Marketers 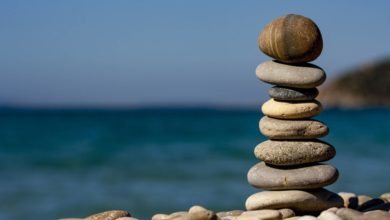 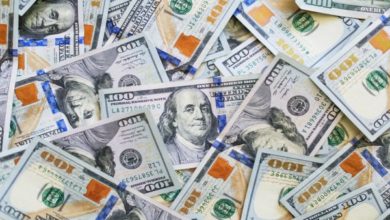 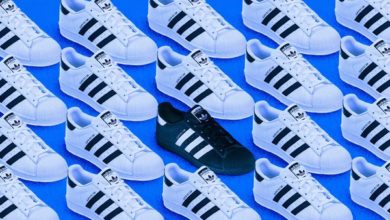