Dell’s (NYSE:DELL) long-term outlook is still solid. Demand trends have deteriorated, but the business is still growing its market share. The current valuation is extremely cheap, and I think that Dell’s shares still have long-term upside.

Dell’s second-quarter results were mixed. The company reported solid results, with revenue up by 9% year over year. The company’s Infrastructure Solutions Group was especially strong. The segment grew its revenue by 12% and its operating profit by 9%.

At the same time, management lowered guidance for the second half of the year. This reflects further declines in the demand environment.

The business cut its full-year revenue expectations from a 6% growth rate to a flat to 2% growth rate. EPS expectations are now set at a midpoint of $6.80. I think that these are still decent potential results. A bottom line growth rate of 9% is not bad for a company with this profile.

Dell’s results show a rift between its two segments. The Client Solutions Group is Dell’s PC segment. The segment made up over 60% of sales in the last year, but it is now reporting a drop in demand.

The largest declines in demand are in the consumer PC market. Dell reported a 9% decline year over year in the category. But the commercial PC market has been more robust. Dell reported 15% year over year growth in this category. The company is more exposed to the commercial market than other segments. Because of this, Dell’s results have been more positive than some of its peers.

But the commercial PC market is starting to get weaker. Dell reported that deals were taking longer to close. Clients are focusing on more immediate needs rather than long-term needs.

This outlook is worse than anticipated, but don’t think it will be a long-term issue. Commercial demand for PCs is a lot less cyclical than consumer demand. PCs are also a nondiscretionary expense for a lot of businesses. Dell’s CEO explained this at a recent technology conference.

If you look at the PC units over 40 years, which is kind of how we think about it because we’ve been doing it for 40 years, the volatility has been much more in the consumer portion than in the commercial portion, which makes a lot of sense. It’s not like you’re going to, in your business, say to people, “Well, hey, economy is not doing well, you can’t have a computer.” It’s an essential tool for productivity.

You might slow down the purchase rate or refresh rate for a period, but it’s sort of like kind of pay me now or pay me later. If you slow it down for three months or six months, it’s just going to pop back up later.

Management has also pointed to the upcoming refresh cycle as a potential tailwind. The company plans its business around a three-year replacement cycle. It’s now almost three years since the start of the pandemic. There are a lot of computers that are going to need replacement or maintenance.

The outlook has become more negative since the first quarter. But I don’t think that any of these trends will hurt the long-term positioning of the business.

Dell has been expanding its infrastructure offerings as well. The company’s Infrastructure Solutions Group segment reported 12% growth during the quarter. This segment made up 46% of Dell’s operating profit last year. The company expects the segment to continue growing in the mid teens next quarter.

This segment hasn’t been immune to tech spending headwinds. Management said that their clients are becoming more cautious. The company still expects demand growth, just at a lower rate than expected.

Supply chain issues continue to cause problems for the company. Dell’s backlog of storage and server products was still elevated. The company believes that the supply chain will improve in the back half of the year. This is another tailwind for earnings growth.

Dell APEX is another promising part of the business. It’s Dell’s infrastructure as a service offering. Customers can buy their infrastructure as a subscription instead of hardware. The offering has performed well over the past two years. APEX ARR passed $1 billion during the quarter. Orders expanded by 78% year over year. This is strong growth, and I think that the segment may even benefit from an IT spending pullback. IaaS services are a cost effective alternative to dedicated infrastructure. When a business needs to cut costs, a pay as you go service is ideal.

There are both headwinds and tailwinds in Dell’s ISG segment. Overall, revenue momentum is still upwards and I think that the outlook is solid. This segment should make the company’s overall performance a lot more stable.

Even with the reduced guidance, Dell’s valuation is still very cheap. The company is trading at a forward P/E of under 5.4 times. Adjusting only for core debt, the company’s forward EV/EBIT is just 4.8 times. I think that this is a very cheap price for a company with a solid long-term outlook.

The most obvious element on Dell’s balance sheet is the company’s elevated inventory levels. These are up almost 40% year over year. But a lot of these are parts for Infrastructure Solutions Group products. Component shortages have forced Dell to keep unfinished items on hand. Dell’s infrastructure segment is still experiencing solid demand trends. I don’t think there’s a risk of Dell getting forced to take large markdowns.

The business has been doing a good job of reducing its core debt over time. This metric excludes debt related to Dell’s financing segment. I think that this is a better measure of the business’s financial health. Dell has paid down $10 billion in core debt over the past year alone. This brings its core leverage ratio to just 1.7 times, down from 4.2 times at the end of 2019.

Over the first half of the quarter or first half of the year, we’ve seen free cash flow sort of a bit softer, given some of the sequential dynamics in demand dynamics and revenue dynamics in the business. So as we think about the back half of the year, we will generate free cash flow. Yeah, our model, as you guys all know, is when we expand revenue with our negative working capital model, we tend to generate a lot of cash flow when revenue demand or revenues flatten you tend to have a little bit of a pullback in that…

If you look back over the last several years, obviously, it’s been a great demand environment, and we benefited from working capital efficiency and you saw our free cash flow conversion to net income was well above 1 time, right, and obviously, that’s our target, although I would say for this year, given where we are and what we’re seeing, I would expect us to be below that 1 time target. But we’ll obviously migrate back towards that over time.

These free cash flow headwinds may reduce shareholder returns in the near term. But they aren’t detrimental to Dell’s overall financial health. The company has decent liquidity and low leverage. Dell’s announced cost cutting measures should further protect profitability and reduce downside.

In general, Dell has done a great job of returning cash to shareholders. In the first half alone, Dell spent almost $500 million on dividends and $2.5 billion on share repurchases. This is a 15.6% annualized yield. The business has shown strong financial discipline, and I think that its capital allocation is solid. This should further reduce the risk of this investment.

There are certainly risks here, but I don’t feel that they justify Dell’s low valuation. The business still has a solid long-term outlook. None of the near-term headwinds pose a serious threat to the company.

For these reasons, I am still bullish on Dell in the current environment. I believe that moderating demand is already priced into the stock. I think that the risk to reward is favorable at the current valuation. 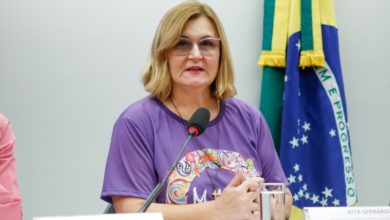 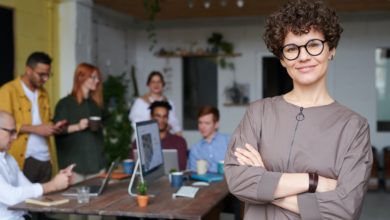 As 5 habilidades do líder excepcional 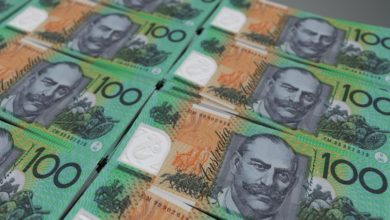 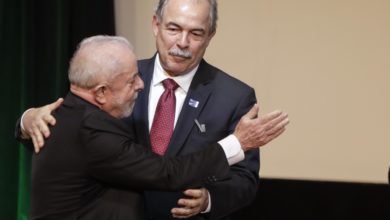