What should you actually be doing right now?

If you’ve carefully set aside time to read articles like this for professional development, bravo! But if you’ve drifted over to this blog post because you’re less than excited about the next item on your to-do list, then we’ve successfully proven a problem that every brand faces on a daily basis: people are easily distracted.

Why Are Consumers So Distracted?

Every second, 5,700 tweets are posted. Every day, 300 million Facebook photos are uploaded. And, every month the average person sees more than 1,700 banner ads. Given that we haven’t even covered Tinder messages or emails, it’s safe to say we’re living in the age of information overload.

So, how can you capture a consumer’s attention? Here are a few ways to compete with those tantalizing attention sappers like BuzzFeed and /r/funny.

Attention-grabbing campaigns place themselves in front of consumers when they least expect it. Zappos threw a curveball at travelers when it placed an advertisement at the bottom of airport security bins where people place their shoes. And to demonstrate the practicality of its furniture, IKEA took to bus stops throughout major cities and replaced uncomfortable benches with colorful couches.

On average, consumers spend only two seconds looking at an advertisement. To raise awareness about marine pollution, JWT released advertisements that, upon first glance, looks like delicious seafood meals. On second glance, the rusty bottle caps mixed in with the steamed mussels become apparent. 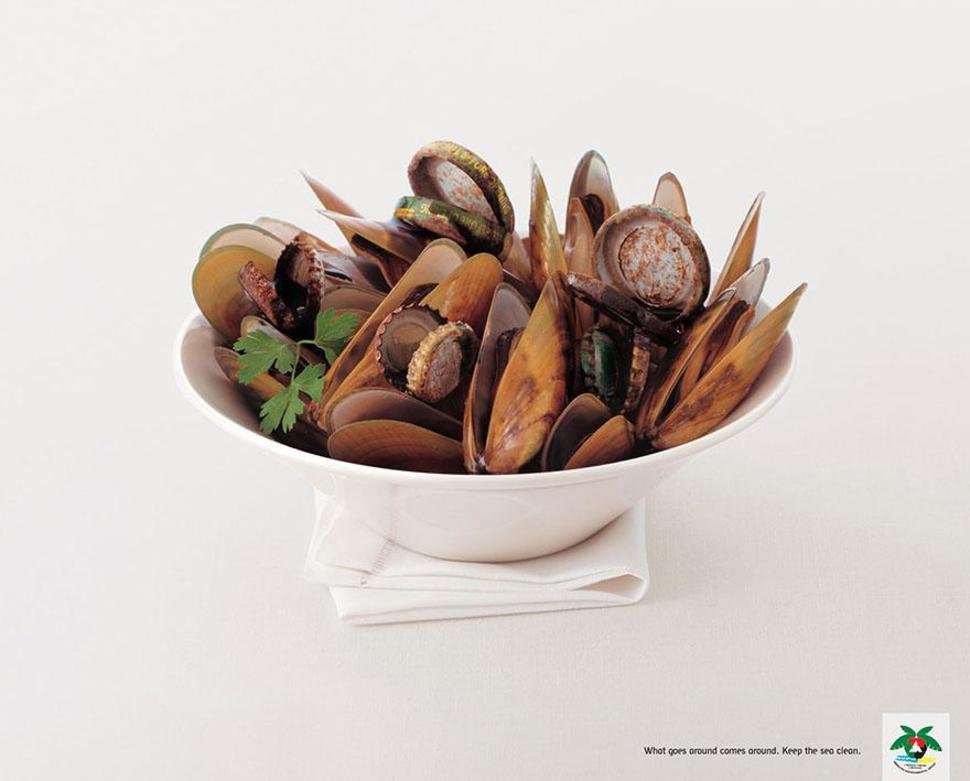 If you’re walking through a crowded store and someone calls out your name, do you turn around? Yes. That’s because personalization works. In fact, a study by Responsys shows that 53 percent of consumers are more likely to make a purchase from digital communications that are personalized. Best Western increased its app downloads by 143 percent when they personalized their emails. Users with iOS devices were told to visit the iTunes store and Android users were sent to Google Play, simplifying the download process for consumers.

Sometimes a catchy jingle or a subtle audio cue is all you need to pull consumers away from their current task. State Farm Insurance takes advantage of Sonic Branding with their song, “Like a good neighbor, State Farm is there.” Since each television and radio commercial uses the same tune, consumers recognize the song and know what to expect, which makes them stop focusing on their current task and listen to the ad.

Contrary to popular belief, an article in TIME suggests that newsworthy content receives the highest levels of engagement. Also known as newsjacking, brands can surprise customers by interacting with the web’s most viral content. In this clever response to Kim Kardashian’s “break the internet” magazine cover, Mazda successfully created some Twitter buzz that was about them, not Kim.

Do You Feel Like a Nobody? - Personal Branding Blog