In early March we began reporting daily on how brands were dealing with COVID-19. But it’s become clear that the current climate is one of near-perpetual disruption, so we decided to keep on telling the stories of inspiring brand leadership and strategy amid the latest crises in an anxious world. Our goal is to provide an up-to-the-minute source of information, inspiration and insight on brand moves as they happen.

According to research specialists Nielsen, consumers are turning to the smaller luxuries in life as they abandon expensive vacations and delay big purchase items such as cars and appliances. In US off-premise channels, wine is up 25.5% in dollar growth for weeks February 29-August 15 and up 17.7% for the week ending August 15. Sparkling wine growth (+35.5%) continues to outpace growth of table wine (+13.5%), with French champagne leading (+72.3%) in the week ending August 15. Wine-based cocktails are also seeing consistently high levels of growth. Across Europe, there are also signs of big sales lifts in similar items. In the United Kingdom, champagne sales are steadily tracking at about 15% up and in Russia, premium spirits are seeing higher ongoing levels of demand. Nielsen analysis in the US highlights which consumers of key leisure and lifestyle activities are likely to trade up in order to compensate for the larger dining or vacation experiences they can no longer safely access: US consumers who traveled abroad in the last three years are 21% more likely to purchase artisan bread and 11% more likely to purchase sushi than the average American. Similarly, Americans who visited restaurants in the last 12 months are 15% more likely to purchase cheese party platters and 10% more likely to purchase alcoholic beverage mixes. At the same time, Americans are spending more on ’DIY’ categories such as baking, nail polish, hair coloring, and sushi (seaweed/sushi wraps have been in the +50% range in recent weeks). All those weeks in lockdown, and a desire to find ways to contain spending, mean the shift in dollars from out-of-home to in-home is continuing.

Luxury fashion house Gucci is no longer just designing physical products, but also virtual clothes, shoes, and accessories that exist entirely in the digital realm. Over the last few years, Gucci has created digital versions of its latest collection for a fashion-themed video game, athletic wear for a popular tennis game, and virtual looks for online avatars. And this month, it will launch a platform to let users design virtual sneakers and then put them on their feet using augmented reality. These items may inspire consumers to buy Gucci products IRL, but they could also have value simply as digital goods. “The virtual world is creating its own economy,” says CMO Robert Triefus. “Virtual items have value because of their own scarcity, and because they can be sold and shared.” Someone recently dropped $2,400 on a pair of virtual sneakers in a mobile game called Aglet; another spent $9,500 on a digital dress that only exists on Instagram. Gucci is now designing with these video games and virtual realities in mind. Triefus says that for about five years, the brand’s designers create with the assumption that clothes will exist on the runway, but may also be worn by avatars and incorporated into games. “The worlds of fashion and gaming are colliding,” Triefus says. “We’re approaching gaming with a sense of experimentation, because this will put us in a good position to be ahead of the trends when they become ingrained.” The brand’s approach makes sense: 2.5 billion people around the world play video games, and that figure just keeps growing. The average gamer is 33 years old and upper middle class, which aligns nicely with Gucci’s target demographic. Players spend an average of seven hours a week on games and collectively spend an estimated $100 billion on virtual goods. This has risen since the pandemic began.

Uber is pledging to eliminate all emissions from every trip booked on its platform globally by 2040. The company has just released a slate of targets that it said would slash its carbon footprint. It committed to spending $800 million by 2025 to help drivers switch to battery-powered electric vehicles (EVs). By 2030, the company expects all rides in the U.S., Canada and Europe will take place in EVs, a promise that will be extended around the world by 2040. It also pledged that all electricity used to power those rides would be carbon-free by that year. Lyft, Uber’s rival in the U.S. and Canada, has already committed to have all its rides be in EVs by the end of 2030. “While we’re not the first to set ambitious goals in transitioning to EVs, we intend to be the first to make it happen,” Dara Khosrowshahi, Uber’s chief executive officer, wrote in a letter. 15 cities in the U.S. and Canada will be able to use “Uber Green” and pay an extra $1 for a ride in a hybrid or electric vehicle. Drivers using hybrid vehicles will earn an extra 50 cents per ride and those in fully electric vehicles will get $1.50 per ride. Riders in London have already been paying a “clean air fee” that has provided Uber with $100 million to help drivers buy EVs. Now Uber is extending a similar scheme for rides across France.

Meanwhile, General Motors has said that it would take a $2 billion equity stake in Nikola, a start-up aiming to make electric and hydrogen-powered trucks, valuing the start-up at nearly $19 billion. GM said it would build pickup trucks for Nikola and provide battery pack technology in exchange for an 11 percent stake. In a statement Nikola said it expects the partnership will save more than $4 billion in battery and powertrain costs over 10 years, while GM said it expects to receive more than $4 billion in benefits stemming from the equity value of its stake, and supplier and manufacturing contacts with Nikola. “Our backgrounds are different but we share the goal of putting as many EVs [electric vehicles] in the hands of our customers as possible,” GM’s chief executive, Mary T. Barra, said.

Make-up sales have fallen so sharply consumer tastes may have changed “permanently” when it comes to beauty, the UK boss of cosmetics giant L’Oréal has said. Social distancing, the home-working boom and the onset of mask-wearing during the COVID-19 pandemic have prompted sales of lipsticks and other cosmetics to tumble as many women have purchased fewer beauty products or abandoned make-up entirely. Sales of make-up at L’Oréal, the world’s largest cosmetics company, have dropped “significantly” in recent months – and consumer preferences will “probably not” revert to what they were previously, according to Vismay Sharma, managing director of the company’s UK and Ireland arm. The French multinational is responsible for the world’s highest-selling cosmetics brand, L’Oréal Paris, as well as Maybelline, Lancôme and Garnier. “Macro trends” that had been gradually gathering steam prior to the pandemic, including subtle “no-make-up make-up” and going completely barefaced, have been amplified to such an extent by the COVID-19 outbreak that a return to the heavily contoured looks and statement lips of recent years is unlikely, Mr Sharma believes. “Will make-up bounce bank? Make-up as we knew it, two or three years back, I think probably not,” he said. “Consumers are wearing more subtle or natural looking make-up… those kinds of changes are more permanent.” Last month Fabrizio Freda, president and CEO of rival Estée Lauder, announced that the company’s “lipstick index” theory – which posited that consumers would continue to treat themselves to the make-up bag staple even during times of economic turbulence – was no longer reliable, given the number of shoppers who had stopped buying the product.

Perella Weinberg Partners, an investment bank founded by Joe Perella and Peter Weinberg, is planning to set up a blank-check company that focuses on finding a business owned and led by women. PWP Forward Acquisition Corpwill seek to raise about $200 million. Stacia Schlosser Ryan, the firm’s co-head of consumer and retail as well as co-head of diversity and inclusion, will be chief executive officer of the special purpose acquisition company, or SPAC. PWP Forward will focus on targets in consumer products and services, health and wellness and financial technology. It will count four women as executives and plans to file to go public with the U.S. Securities and Exchange Commission in September. It will be the first SPAC of its kind, according to Perella Weinberg. Of the more than 160 SPACs that have gone public since 2019, Perella Weinberg calculates that only one has had a woman CEO. “One woman CEO out of 160 SPAC IPOs is not acceptable,” Weinberg and Co-Presidents Dietrich Becker and Andrew Bednar said in the memo addressing the firm’s partners on Thursday. “It is a truly unique moment when we can apply our core expertise to support women in business and at the same time help transform the capital markets.”

6 Minimalist Package Designs That Speak For Themselves 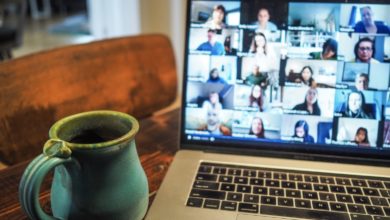 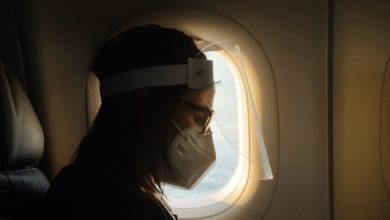 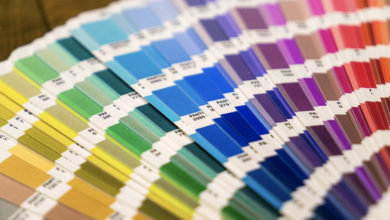 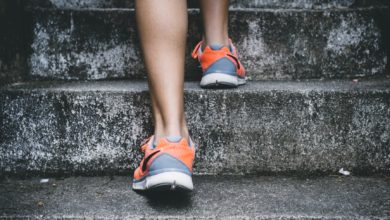