An edited version of this article appeared on WARC

For better or worse, the sounds we associate with a brand elicit emotional reactions. Digital or physical, familiar or unfamiliar, by surprise or on-demand, sound is a powerful way to add depth and continuity to brand experience.

In a world facing disruption on multiple fronts, auditory elements also offer marketers versatility to sync with rapidly changing preferences and environments. From identity systems to product design and brand engagement, staying ahead of the curve will require brands to leap into a dimension not only of sight but of sound and mind.

The versatility of sound for brands

Hearing is the fastest human sense. We react to a new sound at least ten times faster than we respond to something we spot from the corner of our eye. How our brains process sound is also more linked to subliminal processes than conscious thought. Our subconscious reaction to sound is 86% responsible for our decision to engage (or avoid) an associated experience.

Many discussions about using sound to create those emotional connections have focused on sonic logos (short, distinctive audio signatures), but these are only one type of auditory element that helps people identify, distinguish and build associations with a brand. A logo can be part of a larger sonic identity system, like the one that Mastercard has been developing.

Because Mastercard’s sonic strategy and identity system are so robust, this single example illustrates multiple ways and benefits brands can use sound purposefully:

Through the lens of examples from the last several decades, we can get a better sense of how sound can help redefine how brands engage with audiences and gain a competitive edge.

The spectrum of sonic brand assets and use cases

The SportsCenter theme is a great example of how an audio brand identity can evolve.

As once put by a fan, “SportsCenter music is like the ice cream truck music for adults—people hear it and come running.”

Created by John Colby, then ESPN music director, in 1989, the SportsCenter theme music has continuously morphed to reflect the times. Compare, for example, the epic late-‘80s sax solo in the original version to the brostep version of 2014.

After years of consistent and purposeful application, the last six notes became the audio mnemonic we know and love today.

In addition to deep familiarity forged over time, “Da-da-da, da-da-da” amplifies a benefit in a way that feels different than the Mastercard commercial. The sound is much closer and more integral to the brand experience. Rather than watching people receive a free subway ride, we are experiencing the benefit of SportsCenter directly: seeing the best of the game.

Further proving its versatility, ESPN also uses the sound to signal app notifications, again deepening engagement, but through microinteractions – small moments of feedback initiated by a trigger to enhance an experience, often by providing a sense of confirmation, clarity or surprise.

In 1994, Microsoft approached ambient genius Brian Eno with a list of adjectives and an intriguing ask.

“The thing from the agency said, ‘We want a piece of music that is inspiring, universal… futuristic, sentimental, emotional,’” Eno told the San Francisco Chronicle. “And then at the bottom it said ‘and it must be 3 ¼ seconds long. I thought this was so funny and an amazing thought to actually try to make a little piece of music. It’s like making a tiny little jewel.”

Though the term “microinteraction” wouldn’t be coined for two more decades, this is exactly what Eno’s tiny piece of music became. In 1998, Apple followed suit with its C-major startup chord. When it disabled the sound by default in 2016, disappointment ensued.

“Now that there’s no startup sound, it’s like sitting down at a restaurant and there’s no one there to greet you,” Jim Reekes, who created the sound, told CNBC. “It just feels strange.”

More than communicating brand, the startup chord provided a sense of confirmation that users came to expect . As Apple designer Jim McKee explained of other macOS sounds – sending mail, for instance, or dragging something to the trash – “It’s a redundant thing…it gives you that feedback that, ‘Yes, you’ve done something.’”

It’s no wonder that, according to The Verge, Apple has brought back the startup sound with macOS Big Sur.

Beyond playing a key role in the experience of using a product or service, sound can also be used to extend a brand’s experience and the way it interacts with its audiences.

Once characterized as elevator music, the business of building brands with this type of asset has substantially evolved and expanded.

In this example, Lyft vehicles with orchestral car alarms trigger surprise and delight among unexpecting passersby, establishing a presence for the brand where it wants to make an impact (a music festival) and building positive associations with one of the most popular songs of the moment. The activation also highlights an aspect of the brand Lyft wanted to amplify: the colored LED lights, a brand identity element introduced to Lyft vehicles the previous year.

This, of course, was before COVID-19 hit the mute button on in-person experiences, sending many companies back to the drawing board to figure out how to bring brands into new environments. Now, brands must meet audiences where they are.

This summer, Chiquita saw an opportunity to bring its brand into new environments and engage audiences while amplifying other aspects of its identity, such as its personality. It worked with Spotify for Brands to put a new spin on its classic jingle. Customers can scan a code on the branded banana stickers to listen to themed Spotify playlists and jingle remixes.

Once played 376 times a day on radio stations across the United States, the original jingle was developed by an ad agency with office talent, an old piano and a makeshift maraca made from a box of paper clips (a far cry from Mastercard’s process). It was originally created to help ensure the best Chiquita brand experience when the company first introduced bananas to American consumers.

While Miss Chiquita’s tips on banana storage are no longer needed, the playlists and remixes extend the brand experience beyond eating bananas while meeting audiences where they are: at home, cooking, working out or, at least for a moment, imagining themselves on a tropical getaway.

The next frontier of audio branding

Another effect of COVID-19 is the acceleration of voice technology adoption. Amazon Alexa SVP Tom Taylor recently confirmed to GeekWire that the company has seen a “huge increase” in smart speaker use in the home. Like other auditory brand elements, voice can evoke emotional responses.

“People do build relationships with Alexa,” said Taylor. “We have something like one million marriage proposals and compliments of love to Alexa. I don’t think anybody has ever done that to a keyboard.”

Research suggests that adopting conversational interfaces will soon expand beyond the home: According to Capgemini, 70 percent of consumers will replace their visits to the store or bank with their voice assistants.

A dynamic tool that can make a brand instantly recognizable, voice is an area of audio branding that is ripe for exploration.

By recreating the voice of Colonel Sanders, KFC has added a new layer of depth to its brand engagement. Soon, Colonel Sanders himself can “feed fans chicken jokes, poultry pickup lines [and] random chicken thoughts,” according to a press release.

Because it is interactive, NTTS is an opportunity to add dimension to brand identity and experience in a way that other audio elements cannot.

How to start developing a sound strategy for your brand

The best way to start developing an audio strategy is to inventory all sounds in the brand experience and conduct a thorough analysis to identify potential opportunities and areas for improvement. Here are a few things to consider: 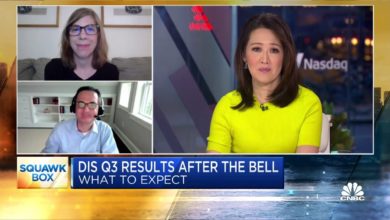 Disney’s valuation is not tethered to its streaming business, says Citi media analyst – 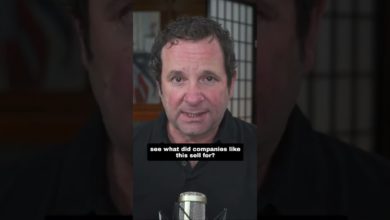 How to Find the Business Value Multiple #shorts – 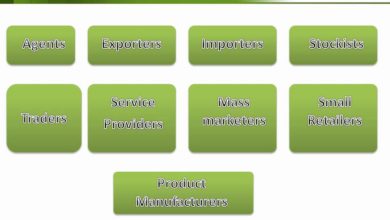 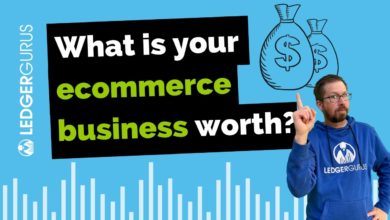